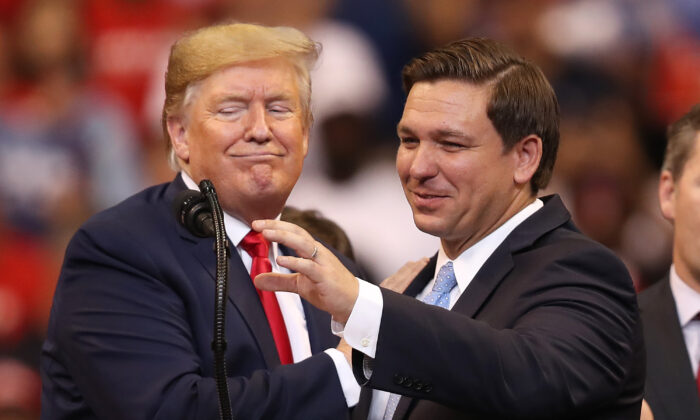 Florida Gov. Ron DeSantis says he’s had no discussion with former President Donald Trump or anyone else about being the former president’s running mate for a 2024 presidential bid.

There has been speculation that DeSantis—a Republican who has developed national prominence for his policies targeting critical race theory, lockdowns, and vaccine passports—could potentially run for president in 2024 or join Trump if he decides to run again.

“I haven’t had any discussions with anybody about anything beyond what we are doing now because, you know, we are putting a lot of points on the board, and we are really going on offense, moving the ball forward,” DeSantis told Fox News’ “Sunday Morning Features” on June 13 when asked about whether he has had discussions with Trump.

DeSantis then attempted to downplay the 2024 speculation and focused on his own state.

Read the entire article at The Epoch Times Here!