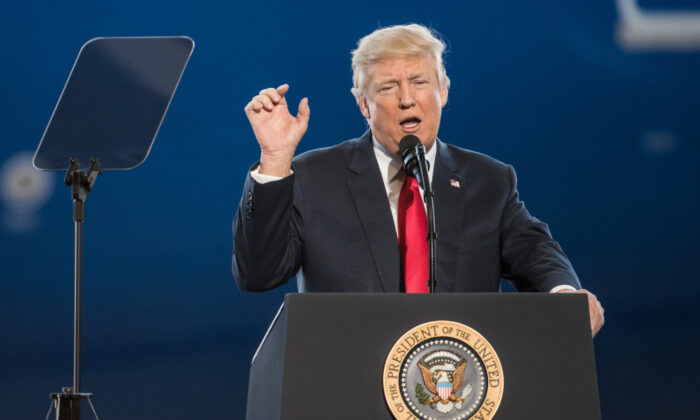 Former President Donald Trump suggested that his new social media platform will be launched soon while noting that mainstream media outlets misreported traffic to his website. Several weeks ago, Trump rolled out a social media-like section on his website called “From the Desk of Donald J. Trump” that allows him to post statements.

Describing his website as a “temporary way of getting” his message out, Trump noted that it “is a place where everyone can see my statements, issued in real-time, and engage with the MAGA Movement.” “This is meant to be a temporary way of getting my thoughts and ideas out to the public without the Fake News spin, but the website is not a ‘platform,” according to Trump’s statement. “It is merely a way of communicating until I decide on what the future will be for the choice or establishment of a platform. It will happen soon. Stay tuned!”

Read the entire article at The Epoch Times HERE!