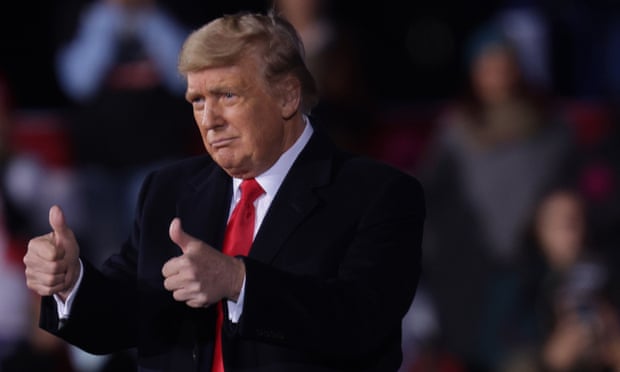 Reports claim that President Trump’s new social media platform may launch on July 4th, 2021 in order to have a special surprise for America’s birthday. It would be so fitting wouldn’t it? To have a fully free speech platform launched by America’s best President on the very day our country was founded. Join Our Telegram channel here: https://t.me/usamagazinestudio Sources are saying that this may actually happen. We have been waiting for a Trump social media platform for some time now. We recently got “From The Desk Of Donald J Trump”, and this is a great start. For months none of us had an official channel by which to hear from President Trump. The best we could do is take the statements and messages posted by third parties and relay them. Still, though, we all want a full social media platform. A place where we can all go and avoid the horrible left-wing censorship that is all too common these days.

Daily Mail had more on the story:

Former President Donald Trump is aiming to launch his new social media platform to coincide with Fourth of July celebrations, six months after he was banned from Twitter, as his team plots a way back into the limelight. As DailyMail.com revealed, Trump is expected to relaunch rallies with two open-air events in June followed by a rally around the date of July 3, offering a chance to build anticipation for his new venture.   Someone else has their eye on the date. President Joe Biden is targeting July 4 for the nation to put COVID-19 behind it and celebrate ‘independence from this virus.’ Meanwhile, Trump hinted again at a 2024 run and said his supporters would be happy with his decision. ‘We’ve done a real job, and I look forward to making people very happy,’ he said in an interview with WABC Radio’s Rita Cosby. Details of talks with platforms have seeped out in recent weeks and aides have teased an announcement to come.

Read more of the News at The Daily Mail HERE!