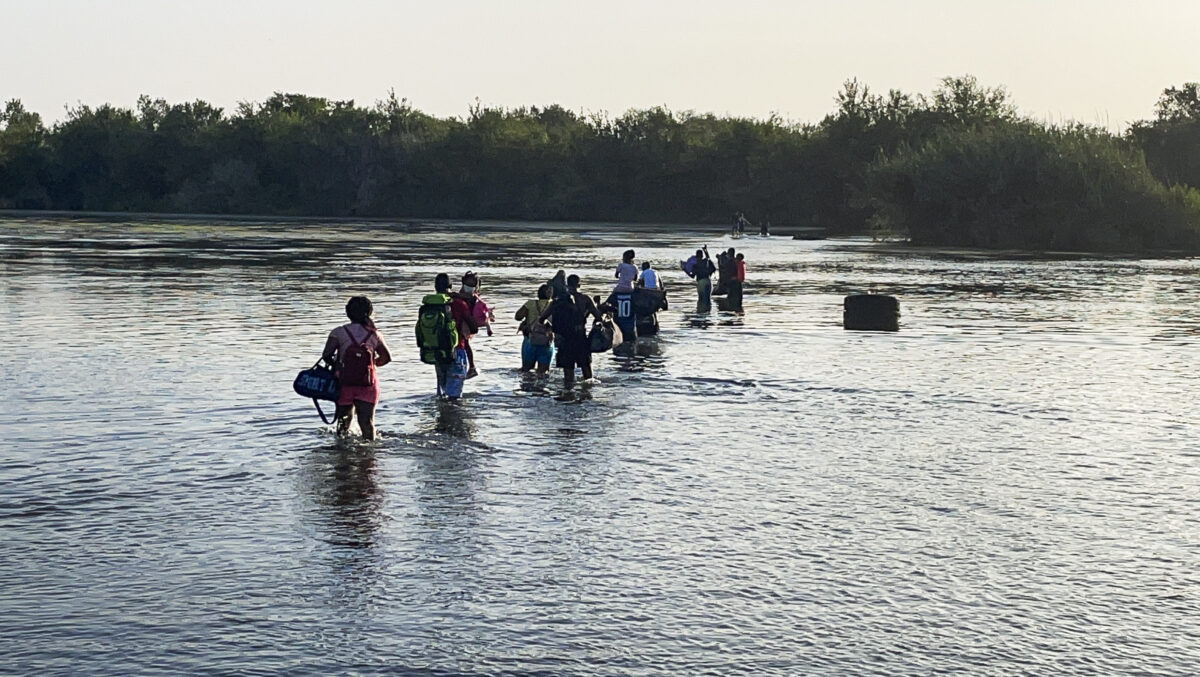 It’s about time!! Finally a little common sense!☺ Maybe more judges will follow suit and stop all of this ridiculous nonsense this administration is ruining our country with!

A federal judge on Friday said the Biden administration must resume a policy that sees asylum seekers wait in Mexico for their claims to be heard. The Department of Homeland Security “failed to consider several critical factors” before axing the Trump era “Remain in Mexico” policy, U.S. District Judge Matthew Kacsmaryk, a Trump appointee, found. That included ignoring how the program was beginning to lead to some immigrants with asylum claims that lacked merit voluntarily returning home, he wrote in a 53-page ruling. Homeland Security Secretary Alejandro Mayorkas on June 1 of this year formally ended “Remain in Mexico,” though in practice it was stopped when President Joe Biden entered office on Jan. 20. In a memorandum (pdf) to top immigration officials, Mayorkas said a review determined the policy “does not adequately or sustainably enhance border management in such a way as to justify the program’s extensive operational burdens and other shortfalls.” “Over the course of the program, border encounters increased during certain periods and decreased during others. Moreover, in making my assessment, I share the belief that we can only manage migration in an effective, responsible, and durable manner if we approach the issue comprehensively, looking well beyond our own borders,” he wrote. The memo fails to mention some of the primary benefits of the program, which is known as MPP, Kacsmaryk said. “At the very least, the Secretary was required to show a reasoned decision for discounting the benefits of MPP. Instead, the June 1 Memorandum does not address the problems created by false claims of asylum or how MPP addressed those problems. Likewise, it does not address the fact that DHS previously found that ‘approximately 9 out of 10 asylum claims from Northern Triangle countries are ultimately found non-meritorious by federal immigration judges,’ and that MPP discouraged such aliens from traveling and attempting to cross the border in the first place,” he said. That made the policy change both arbitrary and capricious, the judge added. The Administrative Procedure Act states that agency actions that are “arbitrary, capricious, or an abuse of discretion” are ripe for being overturned by courts. Kacsmaryk ordered the Biden administration to resume MPP, though he stayed his order for seven days to let the federal government seek emergency relief at an appeals court. Texas Attorney General Ken Paxton, a Republican who brought the lawsuit with the state of Missouri, said the ruling showed the Biden administration “unlawfully tried to shut down the legal and effective Remain-in-Mexico program.” Missouri Attorney General Eric Schmitt, another Republican, described the ruling as a “huge win for border security and the rule of law.” The Biden administration did not immediately respond to requests for comment. The Trump administration established MPP in 2019 to deal with a surge in illegal immigration. Former President Donald Trump successfully partnered with Mexico to start the program, which saw the U.S. send some asylum seekers back to Mexico until their claims were heard. Kirstjen Nielsen, who served as Homeland Security secretary during the Trump administration, said when the program was first implemented that it was in response to “a security and humanitarian crisis on the Southern border.” “MPP will help restore a safe and orderly immigration process, decrease the number of those taking advantage of the immigration system, and the ability of smugglers and traffickers to prey on vulnerable populations, and reduce threats to life, national security, and public safety, while ensuring that vulnerable populations receive the protections they need,” she said in a statement at the time. Biden and top officials this year have reversed or altered a number of key Trump-era immigration policies. The United States has seen a leap in illegal border crossings, culminating in a new 21-year-high in July. Mayorkas, Biden, and others have repeatedly blamed Trump, claiming his administration’s policies were “inhumane” and needed changing. That process takes time, they’ve said. Speaking about the border crossings during a visit in Texas this week, Mayorkas said one reason for them was “the end of the cruel policies of the past administration, and the restoration of the rule of laws of this country that Congress has passed, including our asylum laws that provide humanitarian relief.” Trump “slashed our international assistance to Guatemala, El Salvador, and Honduras, slashed the resources that we were contributing to address the root causes of a right of irregular migration,” he added later. Stephen Miller, a top immigration adviser to Trump during the previous administration, called Mayorkas “a pathological liar” in response. “He inherited the most secure border—& the most effective enforcement regime—in history,” Miller wrote on Twitter. “The *sole* cause of the present border disaster was Biden’s decision to reverse the Trump program & replace it with sovereignty-erasing catch-and-release.”