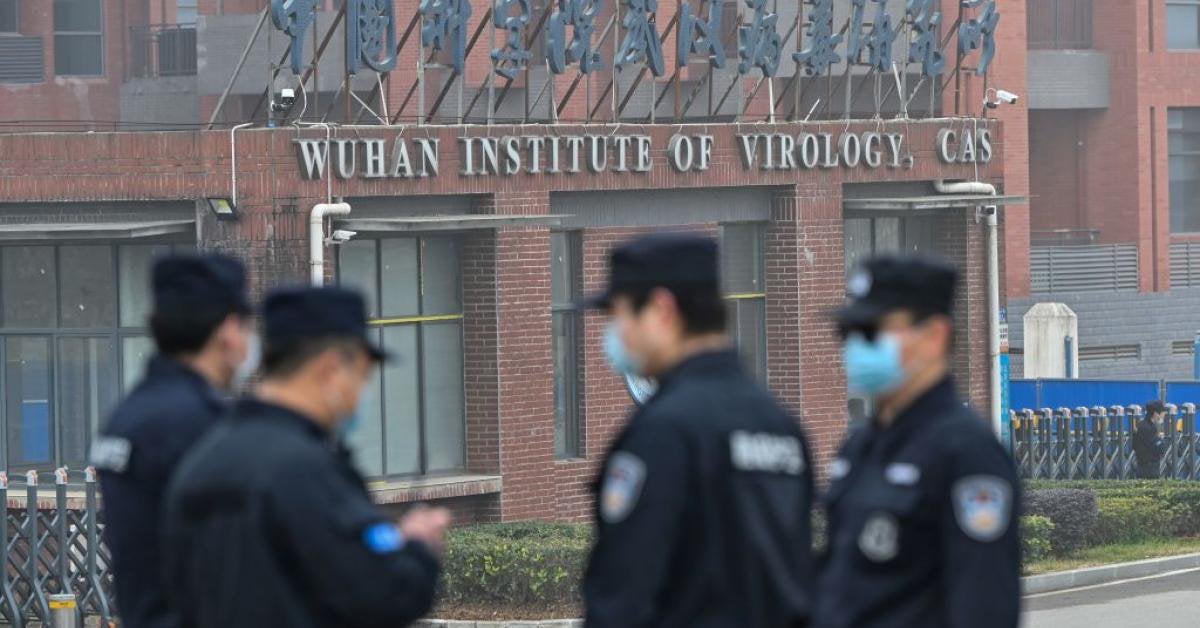 The U.S. Centers for Disease Control and Prevention wasn’t allowed to visit the city of Wuhan, China, or the Wuhan Institute of Virology in early 2020. We’ve been trying to find out why ever since. Had we encountered transparency rather than stonewalling, it wouldn’t have been necessary to put together the circumstantial pieces of the puzzle on our own.

On Sept. 12, 2019, coronavirus bat sequences were deleted from the institute’s database. Why? It changed the security protocols for the lab. Why? It put out requests for some $600,000 for a new ventilation system. What prompted this new need?

In January 2020 two hypotheses emerged about the origin of the novel coronavirus: that it began in a bat, then infected another animal before spreading to humans in a Wuhan “wet market,” where wild animals are sold for meat; or that it emerged from the Wuhan laboratory. The wet-market story was pushed by the Chinese CDC and the World Health Organization. Public-health leaders argued that Covid-19 was like SARS and MERS, earlier coronaviruses that emerged from bats and spread through an intermediate animal.

But neither of those viruses has ever evolved to the point where it can transmit efficiently from one human to the next. There have been fewer than 10,000 cases of each virus world-wide since SARS was discovered in 2003 and MERS in 2012. What virus comes out of a bat cave and infects humans by the millions? It’s not biologically plausible. If instead it evolved slowly over many years in nature, how come no one knew of it?

One of the lab theories hypothesizes that SARS-CoV-2 was manipulated or “taught” to infect humans. Imagine several viruses being run through humanized mice (grafted with human tissue and immune cells) to test their ability to infect human tissue. Notably, SARS-CoV-2 includes a kind of cleavage site that allows its spike protein to change its orientation and dock more easily with a human cell.

This hypothesis bears investigation, especially since no new information has emerged in the past 18 months to support the natural-origin theory. Meantime, a growing body of circumstantial evidence supports the lab-leak theory, including information reported by the U.S. State Department that employees of the Wuhan lab were becoming sick with Covid-like symptoms in the fall of 2019.

A virus with a head start in becoming acclimated to humans likely has an easier time evolving to increase transmission. Hence the variants, which seem more effective than anything nature usually delivers on its own. In the months ahead we may have another variant that is even more contagious than Delta, that makes people sicker and—in the worst-case scenario—that eludes vaccines.

The story of SARS-Cov-2 started long before January 2020. We believe the virus was most likely uncontained in a laboratory where it was being worked on, and that it escaped unintentionally. An analysis of cellphone data conducted by a Pentagon contractor revealed a shutdown of traffic around the Wuhan lab in the late summer and early fall of 2019. Weeks later, in late September, the city’s hospital parking lots were filling up, a Harvard study of satellite images found.

There were hallmarks of scientific arrogance and failures in the containment system. China’s CDC initially appeared to be out of the loop but later became a key messenger, selling the natural-origin and wet-market theory. Another apparent misdirection was several key scientists’ insistence on a narrow definition of “gain of function” research to include remodeling, overt bioengineering, shaping or constructing a virus. As far as we’re concerned, if a virus is taught to or evolves in a lab to infect human tissue more efficiently, that’s gain of function.

Beyond the responsibility to tell the truth, there is the global need to know what we are dealing with because it affects how we approach the problem. Physicians on the front lines were ambushed from the beginning as the novel pathogen was spreading through communities asymptomatically and causing an unexpected inflammatory response in blood vessels and major organs. Now variants are emerging rapidly that continue to change the game. All this is in keeping with a virus that more likely jumped from a bat to a lab, not to a rat or a rabbit.

We need a comprehensive bipartisan investigation into the origin of Covid-19. Until then, we call for a world-wide moratorium on gain-of-function research while authorities develop a clear and careful policy to help prevent the next pandemic.

Dr. Redfield, a virologist, served as CDC director, 2018-21. Dr. Siegel is a clinical professor of medicine and medical director of Doctor Radio at NYU Langone Health, a Fox News medical correspondent, and author of “COVID: The Politics of Fear and the Power of Science.”

The Battle Ahead After COVID-19

Nurse Blows the Whistle on the Medical Industry: ‘They’re Not Offering Informed Consent’