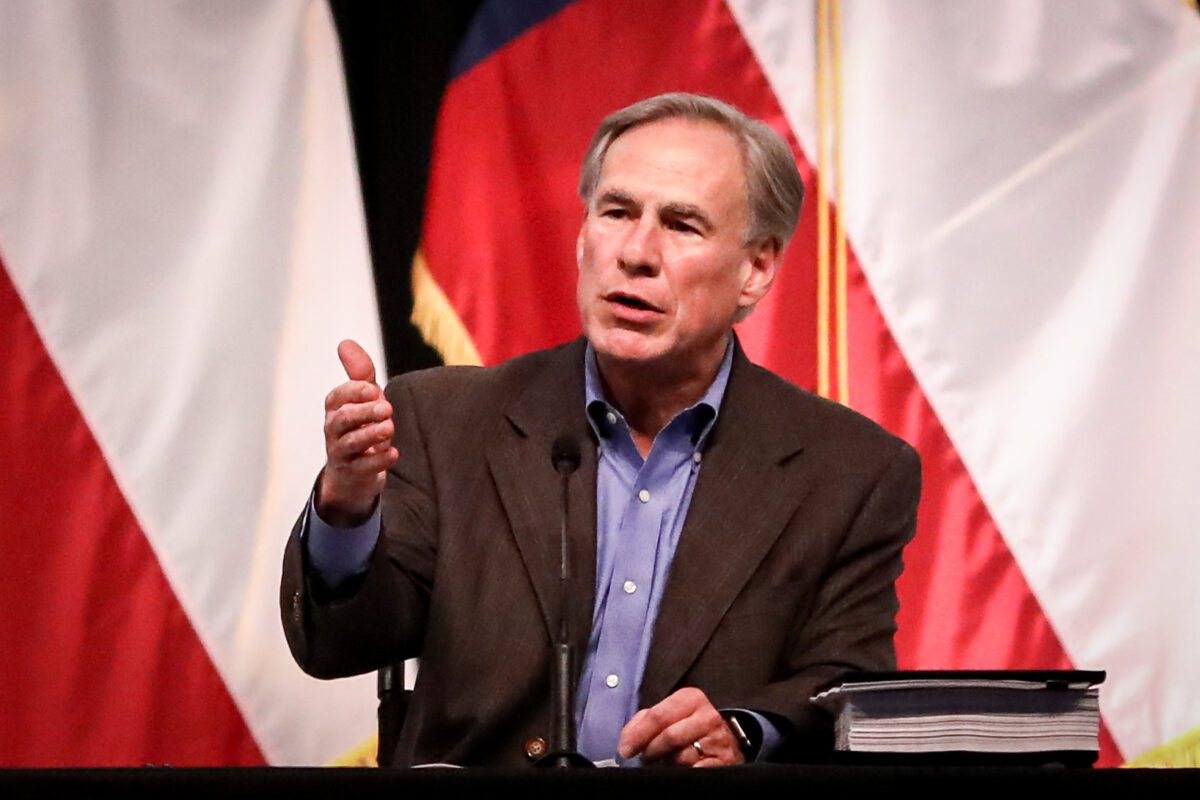 Texas Gov. Greg Abbott announced late Monday that he will continue Special Sessions, citing a poll that shows more than half of Texans oppose walkouts planned by Democrats to block a GOP-backed election overhaul bill.

“Texans Oppose Walkouts to Avoid Votes. No one else gets paid to walk off their job. Quitters never win,” the Republican governor said on Twitter. “We will continue successive Special Sessions until elected representatives do what they were elected to do—debate issues & cast votes.”

News of the walkout, planned in response to a GOP overhaul of election laws, was first reported by NBC News and later by Texas Democratic Party Chair Gilberto Hinojosa on Monday in a statement. It wasn’t immediately clear how many of the 67 Democrats in the Texas House planned to participate in the walkout, but party leaders said it was enough to bring the Legislature to a halt.

In his Twitter post Monday night, Abbott cited a poll from the Texas Public Policy Foundation, which found that by a two-to-one margin, Texans oppose state legislators using “procedural maneuvers” to prevent voting.

More than half of Texans (54 percent), said they oppose members staging walkouts that would “deny the Legislature the quorum it needs in order to hold votes.” Just 27 percent of Texans say they support the moves, the poll shows.

“Walkouts are only supported by the extreme left,” said Texas Public Policy Foundation Chief Communications Officer Brian Phillips in a statement. “Most Texans see it as a childish and desperate move, and they don’t like temper tantrums. We can have respectful disagreements and energetic debates. But the process must move forward. There will be a side that gets the votes and side that doesn’t. If one side can abuse the rules to prevent votes, then we cease to have a functioning democracy. The left is embarrassing themselves and Texas.”

“There’s no democracy without the right to vote,” Hinojosa said in a statement. “Once again, Democrats are standing strong and united to defend the right of every eligible Texas voter to make their voice heard. I’m incredibly proud of our Texas Democratic lawmakers, who continue to fight relentlessly on behalf of Texans, voters, and our democracy.”

Earlier Monday, the Republican governor said that Democrats’ decision “inflicts harm on the very Texans who elected them to serve” and said the lawmakers are leaving “undone issues that can help their districts and our state” as they “fly across the country on cushy private planes.”

It comes after a Texas state House committee voted on Sunday to push forward legislation that would bring back a number of voting integrity-related proposals that failed to pass during the previous session. Senate lawmakers advanced their version of the voting bill later that day in a committee vote.

The two bills have been described by Republicans as necessary to combat voter fraud and election irregularities.

Abbott told Fox News on Sunday that the voting overhaul bills seek to “[make] it easier to vote by adding more hours in early voting than we have in current law, but also making it harder to cheat with regard to mail-in ballots.”

The governor has said that lawmakers who have left the state as part of the walkout can and “will be arrested” upon their return.

“As soon as they come back in the state of Texas, they will be arrested, they will be cabined inside the Texas Capitol until they get their job done,” he told KVUE. “Everybody who has a job must show up to do that job, just like your viewers watching right now. State representatives have that same responsibility.”

Millions of Americans Are Tired of Supporting Companies That Hate Them