N.C. Senate passes $1,500 bonus to get unemployed back into workforce 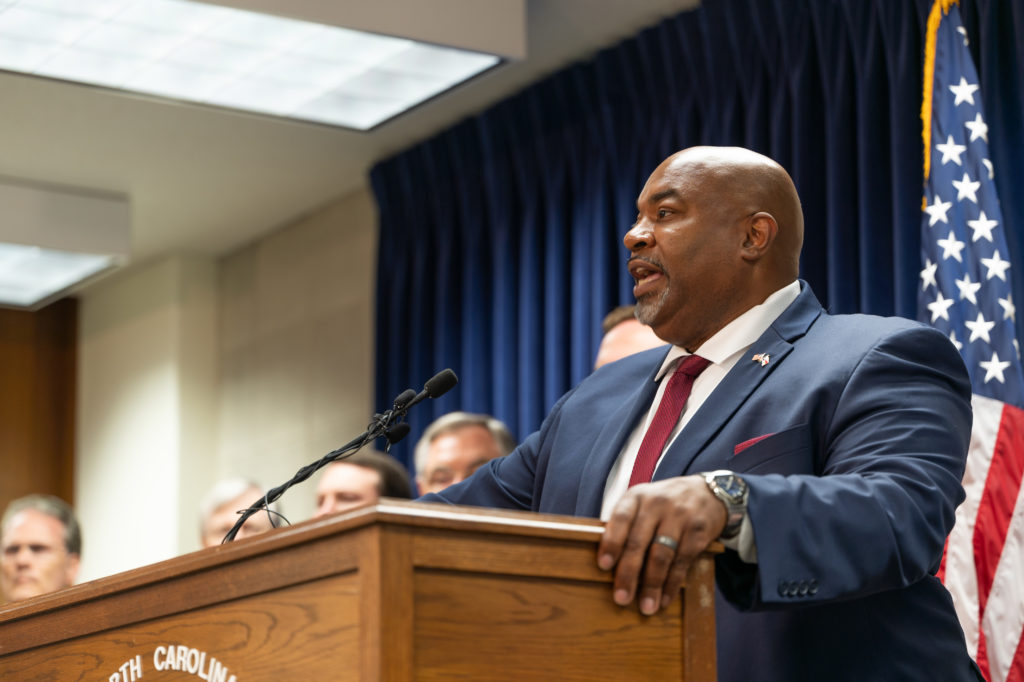 Unemployed people who get a job would receive a one-time bonus of $1,500 under legislation spearheaded by Republicans in the N.C. General Assembly.

“We’ve got to get our folks back to work,” said Lt. Gov. Mark Robinson, a Republican, at a press conference on Tuesday, June 1. “We believe that the way to get folks back to work primarily is by ending some of the things we’ve been seeing coming from the federal government.”

“I hear in my district constantly from employers that while masks are coming off, capacities are going up, our economy is poised for a recovery, we have a stagnant system that is not allowing employers to hire the workforce that they need,” said Sen. Chuck Edwards, R-Buncombe. “Many folks believe that it’s the federal assistance — so many stimulus packages — that are preventing people from going back to work.”

Under House Bill 128, North Carolinians on the unemployment rolls would receive $1,500 for finding a job within 30 days or $800 within 60 days, funded by the $300-a-week bonus payment that was part of COVID-19 emergency relief dollars from the federal government. That also means the bill would add North Carolina to a list of 24 states that have discontinued the $300-a-week bonus payments.

“A false narrative is being pushed that North Carolinians are lazy and don’t want to work,” said Sen. Wiley Nickel, D-Wake. “That’s simply not true.”

The federal bonus payments are set to expire on Sept. 6. Edwards said he believes it’s important for the unemployed to get a job now so that the deadline doesn’t sneak upon them.

“Let’s face it: Humans are creatures of habit. And we’ve created a habit now for 14 months that many folks can just simply get by. It’s easier to not work than it is to work,” he said.

During the press conference, U.S. Rep. Ted Budd, a Republican from the 13th Congressional District, said the U.S. has 8.1 million job openings, yet only 266,000 new jobs were created in April.

“The No. 1 priority needs to be getting people back to work as quickly as possible,” Budd said. “It really seems that we have right now, unfortunately, a stay-at-home bonus.”

Budd is a sponsor of the Back to Work Bonus Act in Congress, which would give the unemployed in North Carolina a $900 lump sum payment to get a job.

That means the potential bonus could reach $2,400 between the state and federal actions for unemployed North Carolinians.

North Carolina’s unemployment rate dipped to 5% in April, coming off a pandemic-era high of 13.5% in April and June of 2020.

On May 21, Gov. Roy Cooper issued an executive order requiring those on the unemployment rolls to prove they are searching for work to continue receiving benefits.